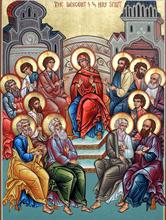 I almost didn’t take up your request to define “humility” because it would imply that somehow I knew a lot about it. If you’re simply looking for a definition, I’m sure Webster can provide it much better than I. If you’re looking for what it means to me personally, I’ll try to put it in that context.

Recently scientists have estimated that within our galaxy, The Milky Way, approximately 60 million stars exist within a possible “band of life”. I find myself as one small hunk of human biomass which will exist for a relatively short period of time in one small place upon one small planet within one solar system within that galaxy. There are billions upon billions of galaxies within the universe. I had nothing to do with the creation of any of it. I’m not the center of it.

Humility is the understanding that very few humans are widely known after 200 years, and certainly I won’t be one of them.

Humility is understanding that if I’m fortunate enough to wake up tomorrow morning, it’s not because of anything I did.

Humility is realizing that the older I get, the more questions rather than answers do I have.

Humility is understanding that I’ve not yet become the person that I want to be.

Humility is watching a man in a fancy convertible sportscar racing up the street on a beautiful, sunny Sunday afternoon, his scarf flapping in the wind, thinking he has the world in the palm of his hand, only to find out that he perished but thirty seconds later in a fiery crash, and understanding that it could just as well have been me.

Humility is having a three year old child teach me a lesson about who I am and how I should control my temper.

Humility is laughing at my own mistakes, but not the mistakes of others. Humility is not humiliating others.

Humility is acknowledging that if I want people to respect my beliefs and my values, I need to respect theirs.

Humility is admitting when I’m wrong.

Humility is realizing that a person’s journey back to their Creator can take a path different than my own, but that’s OK.

Humility is knowing that no one had anything to do with their own creation.

Humility is understanding that God created people of all shapes, sizes, colors, orientations, talents and imperfections. Their bodies and souls are no less important to God than mine.

Humility is the realization that it’s not my place to judge but rather to focus on being the best person I can possibly be and to help others do the same.

Humility is loving someone especially when they’ve done something to not deserve that love, because time and time again, I hurt other people just as well.

Humility is knowing that whatever it is that I have or own, it doesn’t at all matter.

Humility is understanding that I come in last behind God and other people.

Humility is understanding that I won’t make it out of here alive.

Humility is wishing to remain anonymous in the highly unlikely event that this essay is deemed the best.